Nairobi, Kenya: Kamran Fazal with his terriers, India and Hugo in 2007. He was born with a rare genetic disease called Spondylometaphyseal dysplasia Kozlowski type, which affects the growth of the spine. He died in 2011 at age 19, due to surgical complications, as he was preparing to attend university in Spain. His sister, Raeesa, said, "Despite his condition, life for Kamran was far from a challenge but more like a party. Laughter and love followed wherever he was" 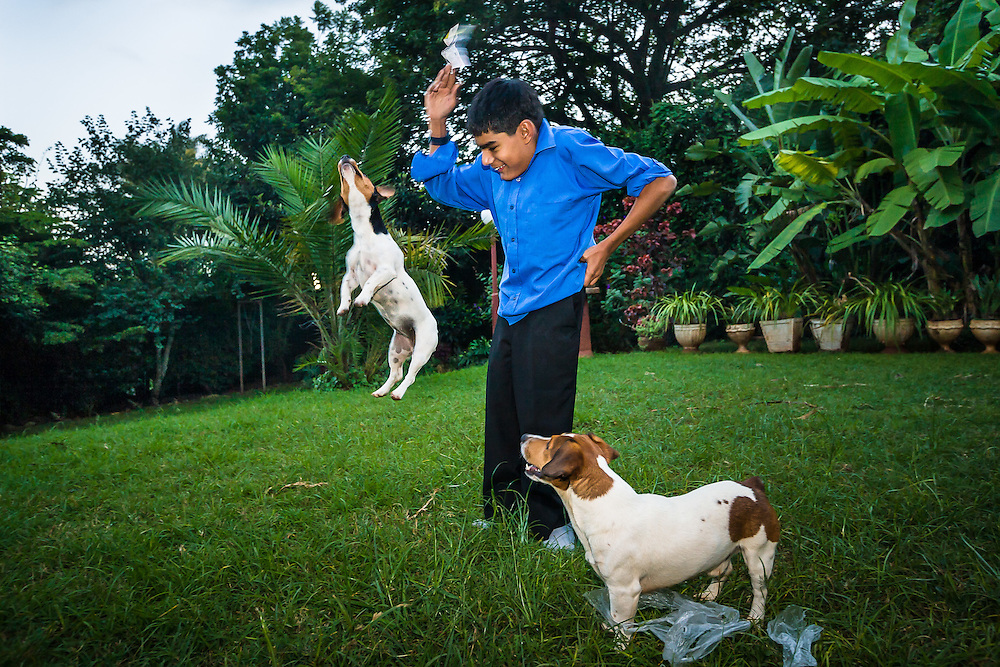