Union City, California | 2014
Yojna Verma performs last rites with the Hindu priest and the hospice nurse for her father Shyam, who was suffering from gall bladder cancer. A popular guide in Delhi for international clients in the 1970s and ’80s, Shyam emigrated to New York in 1986 and became a fine jewelry salesman at Bloomingdale’s department store. He was Bloomingdale’s top-grossing salesman for many years before he retired and moved to California. He died at age 78. 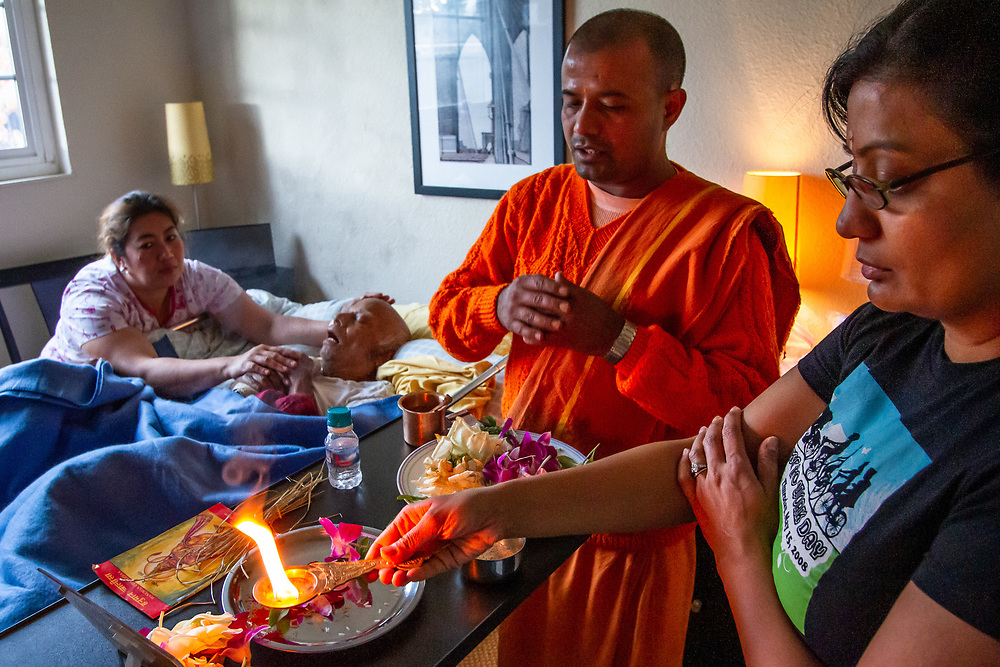