Nairobi, Kenya | 2007
Former captain of Kenya’s national cricket squad, which competed in the 1999 and 2003 World Cups, Aasif Karim poses with wife Nanzeen, daughters Fatema and Zainab, and sons Irfan and Imran. Kenya won two matches in 2003, and Aasif was named Man of the Match for his performance against Australia, even though his side lost. Now he is the managing director of an insurance brokerage in Nairobi and also works as a property developer. 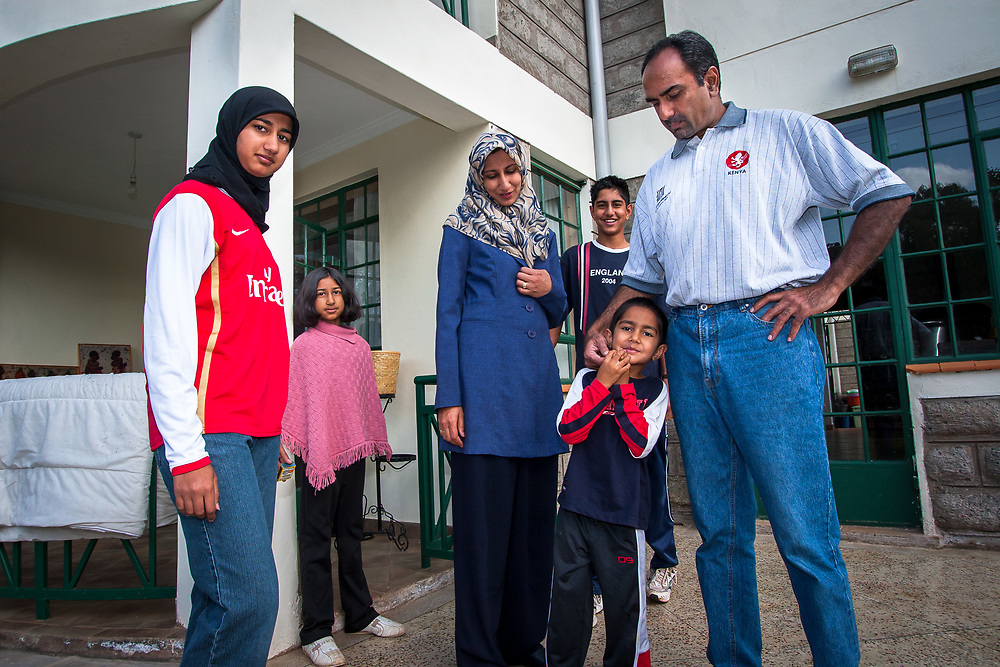