Tanjong Malim, Malaysia: A Hindu activist addresses a rally for the PAS, the Pan Malaysian Islamic Party. An opposition party, the PAS gained support from Indians and Chinese, most of whom are not Muslims, after the violent crackdown on the protest organized by HINDRAF. Non-Muslims see the PAS as one of several alternatives to the Barisan Nasional (National Front or BN), which has ruled Malaysia since independence and promotes Malay-first policies that discriminate against minorities 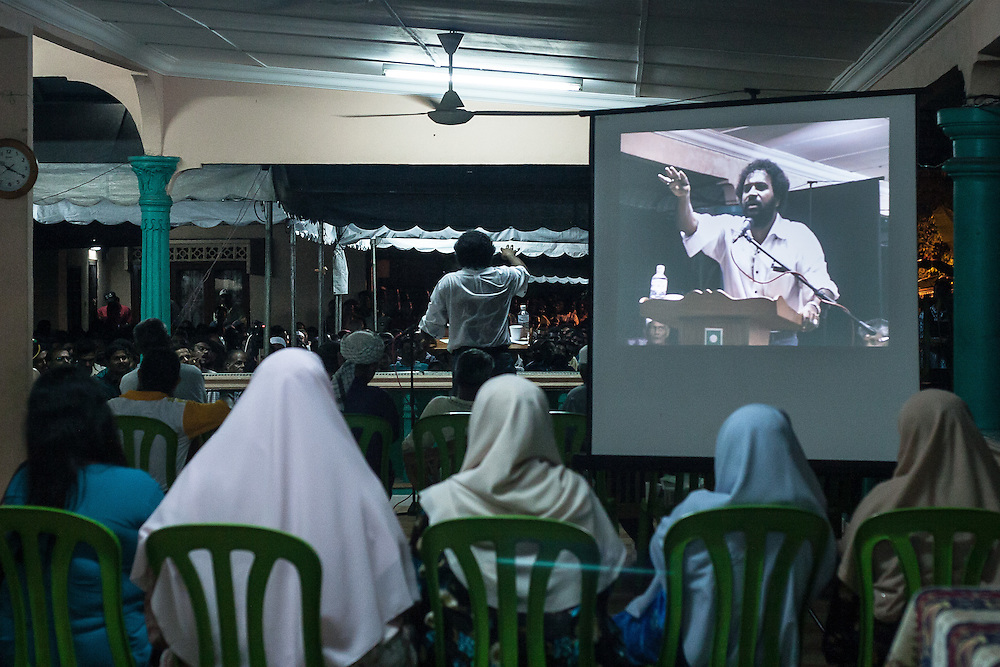